or
Please check your e-mail for a link to activate your account.

Please join us on Saturday October 15 at the B-Side Comedy Club in Scarsdale For a great night of comedy emceed by comedian Andrew Rich from the SHS Class of 1991. All proceeds will go to benefit the Scarsdale Alumni Association’s scholarship programs.

Art and Architecture Get a Refresh on the California Coast 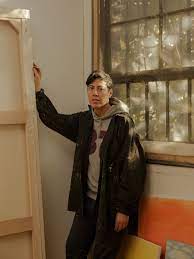 The Pacific Ocean surf steadily lapping at the coast not far from the newly renovated and expanded Museum of Contemporary Art San Diego serves as a metaphor for the successive waves of architecture that have formed the institution since it was founded.

High on a bluff here in the affluent village of La Jolla, it was established in 1941 in the Irving Gill-designed home of the philanthropist Ellen Browning Scripps. The museum — which has had several different names over the years — was expanded three times over the decades by the firm then known as Mosher & Drew, and in 1996 received a major makeover from the former Venturi, Scott Brown and Associates.

Now, the New York firm Selldorf Architects has had its turn, coming up with an addition and overhaul that may be the most transformative yet — and one that has incorporated the previous iterations.

Open Letter to NPR: Why Leave Nina Totenberg's (SHS 1962) Sister's Name Out of Your Story on MTG? 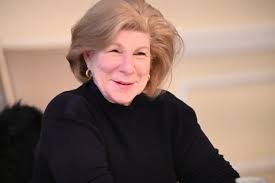 National Public Radio energetically reported on a left-wing attempt to cancel Rep. Marjorie Taylor Greene from the ballot in Georgia, and "a judge" who allowed their crusade to continue. But there was an ethical problem: The enabling judge's name was Amy Totenberg, the sister of NPR legal correspondent Nina Totenberg. Reports on Friday morning avoided the name entirely. I recorded and transcribed the Friday morning 9 am (Eastern) newscast

A judge in Georgia will question Republican congresswoman Marjorie Taylor Greene about her involvement in the rally held before the deadly attack on the U.S. Capitol last year.

A group of votersclaims Green helped facilitate the insurrection and that makes her ineligible to run for office. Greene has not been charged, and denounced the violence at the Capitol, but her incendiary and often false rhetoric against opponents has drawn criticism. Still, Georgia Public Broadcasting’s Stephen Fowler reports it is unlikely the voters’ complaint will force Greene out of the campaign. 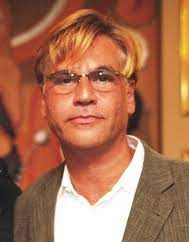 Lerner & Loewe’s “Camelot,” that oft-old story of King Arthur and the Knights of the Round Table, will return to Broadway featuring a new book by Aaron Sorkin. That creative change may mean that Lancelot and Queen Guinevere will be doing a lot more walk and talks than they did in the original 1960 production or the 1967 film version.

The revival, the first since 1993, is being produced by Lincoln Center Theater and will reunite Sorkin with director Bartlett Sher, his collaborator on the mega-hit stage version of “To Kill a Mockingbird.” Lincoln Center says the show has been “reimagined for the 21st century.” Presumably it will still boast the same swooning, soaring, irresistibly hummable music. Alan Jay Lerner (lyrics) and Frederick Loewe (music), the team behind “My Fair Lady,” really outdid themselves with “Camelot,” which includes such musical theater bangers as “If Ever I Would Leave You,” “What Do the Simple Folk Do?” and the title song. Sher recently helmed the 2018 revival of “My Fair Lady” for, you guessed it, Lincoln Center Theater.

Art around the corner: Local galleries offer a wealth of views to welcome spring 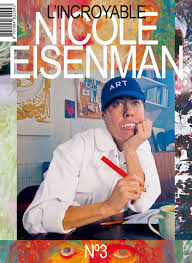 Prince,” an exhibit of prints by New York artist Nicole Eisenman (SHS 1983), remains on view in UMCA’s main exhibit area. But two smaller shows can also be seen through May 5, including “From My Heart to You — Dance and the Unifying Force of Social Consciousness,” and a new exhibit, “We Gotta Get Out of This Place — Transportive Art.”

“From My Heart to You” centers on photographs of Pearl Primus, the seminal African-American dancer and choreographer of the mid-20th century who danced at Jacob’s Pillow in Becket and lived in the Valley in the 1980s, when she taught ethnic studies at UMass. The show, which includes paintings, film and other work by other artists, reflects on the transformative nature of dance and “the role of imagination in creating positive social change,” as program notes put it.

And following months of COVID lockdowns, fears and related strife, “We Gotta Get Out of This Place” offers a selection of work by various artists that’s designed to give viewers a means of escape — as exhibit notes put it, “taking us out of ourselves and into another realm.” 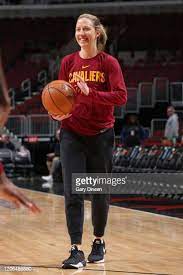 Sure, you’ll find her marshaling the sidelines of Galen Center on most weekends. Her dirty blonde hair will be bundled up in a tight ponytail as she calls out assignments and plays. There won’t be a quarter in which Gottlieb isn’t turning to her bench to talk to her coaching staff and players, regardless of how the game is going.

On the court, Gottlieb is intense and demanding.

She is the head coach of the University of Southern California’s women’s basketball team and she strives for success. That’s how she has operated her entire career.

But off of the hardwood, Gottlieb’s responsibilities go far beyond drawing up a successful pick-and-roll.

“My role with this group and with college basketball in general is absolutely to impact the young women I coach in greater ways than just Xs and Os,” Gottlieb said in a recent phone interview with Annenberg Media. 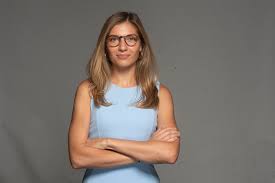 e are delighted to announce that Jacqueline Alemany. (SHS 2007) will be taking on a new position as congressional investigations reporter.

Jackie is a relentless and dynamic journalist who has already demonstrated her ability to land scoop after scoop about the House Select Committee investigating the Jan. 6 attack on the U.S. Capitol. In her new role, she will pursue revelatory stories about how Congress uses its oversight power and expansive pieces about the people and entities that come under congressional scrutiny.

Along with leading our coverage of the House Select Committee, she will have a broad portfolio that will include a range of House and Senate oversight efforts, seeking to unearth stories about how the government uses its resources and power.

Since November 2018, Jackie has served as co-author of The Washington Post’s flagship early morning newsletter, now called The Early 202, the must-read morning political briefing for the nation’s top leaders and influencers. After the 2020 presidential election, Jackie took on additional responsibilities covering Congress. She is also a contributor to MSNBC and NBC News.

Jackie joined The Post after six years at CBS News, where she was a White House reporter covering the Trump administration. She also served as a digital journalist covering the 2016 election from New Hampshire and Ohio for the network.

Everybody in the industry seems to like and admire J.K. Simmons, and why wouldn’t they? He’s talented, versatile, dependable and affable. The fan club includes Aaron Sorkin, writer-director of Amazon’s “Being the Ricardos,” for which Simmons is Oscar-nominated as supporting actor.

Sorkin’s last seven screenplays have centered on real people, but he tells Variety he doesn’t picture the person, or any actor, when writing. “But in the case of William Frawley, there was only one actor I wanted. Frawley and J.K. is the closest I’ve come to writing a part for an actor.”

Sorkin’s appreciation began 30 years ago, when his “A Few Good Men” was a big Broadway hit. In a dual phone interview, Sorkin relates, “J.K. understudied the Colonel, which Jack Nicholson played in the movie. I heard J.K. was going on so I went to see, and he blew the doors off the theater. It was incredible.”

Dr. Ian Malcolm, the gibbering mathematician played by Jeff Goldblum in the 1993 film “Jurassic Park,” is arguably best known for his oft-quoted line: “Life finds a way.” The line, uttered ominously to the team of geneticists who have successfully cloned dinosaurs for use in an amusement park, is a personification intended to suggest that nature will override any attempts by presumptuous human beings to control her. That is, nature will get what she wants no matter what measures are affected to slow her down.

Nature, it seems, has a lot in common with profit-based health care. As Elisabeth Rosenthal (SHS 1974) wrote yesterday in the New York Times, many doctors, when faced with increased regulation limiting the ways patients can be billed for services, get shamelessly creative in keeping revenue streams flowing.

Take, for example, the practice of “surprise charges” on hospital and doctor bills. As various health care reforms take effect, and in anticipation of others scheduled to be implemented, many insurers have slashed reimbursement for many medical services. To combat this and the consequences such measures have for their pay scales, many doctors are using the expertise of out-of-network providers during surgical procedures, as well as over the course of other forms of medical care, without patient consent. The practice is usually justified to patients and insurers as medically necessary. The reality is that, often, the job such an out-of-network provider is called in to perform is one that could be performed by a nurse or resident at no additional charge.
Read more 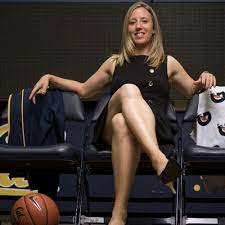 We’re going to spend the next several weeks discussing USC men’s basketball. Today, we put a bow on the USC women’s basketball season and wrap it up.

The Trojans’ season ended Wednesday at the Pac-12 Tournament with a first-round loss to UCLA. USC finished 12-16. It went 5-12 in the conference’s regular season before losing a tournament game. The numbers look ugly, but if you look beyond them, you’ll see this was an encouraging first year for Gottlieb.

Let’s keep in mind that she was hired in May of 2021, well into the offseason. Players who might have transferred to USC had she already been in place were not in position to commit to the Trojans given the timing of the hire, which came after previous coach Mark Trakh decided to step down on April 21.

If Trakh had announced his retirement earlier and Mike Bohn had been able to hire Gottlieb earlier, USC might have made more gains in the transfer portal, and the Trojans might have been able to convince other players to stay. This was not an athletic department problem; Trakh’s late decision to retire was the main plot complication.

So, Gottlieb had to coach a limited roster in Year 1. This was going to be a painful process. No one should have gone into the season thinking USC would immediately contend for an NCAA Tournament berth — not in a conference which is routinely loaded in women’s basketball.

The main measurement of this first season for Gottlieb was if she gained total buy-in from her players and established the right culture.

She thoroughly succeeded, a very encouraging sign for the future at Heritage Hall.