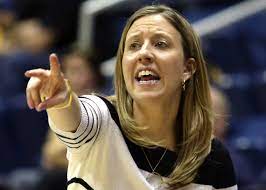 The WNBA tipped off its inaugural season with a three-game schedule nearly 24 years ago.

On that day, about 90 minutes before the Cleveland Rockers hosted the Houston Comets in a matchup featuring three future hall of famer players, reserve guard Jenny Boucek, who overcame daunting odds and made the team during an open tryout, summarized her emotions about what was about to transpire.

“I can’t imagine that there will be a more exciting day, maybe my wedding day,” said Boucek on June 21, 1997, from just outside her Gund Arena locker room. “I’m just going to try to soak it all in.”

Fast forward nearly a quarter of a century and Boucek is thriving in the NBA as one of the league’s eight female assistant coaches.  It's fitting that during Women's History Month, we look at the future of women in the NBA, and that future is bright.