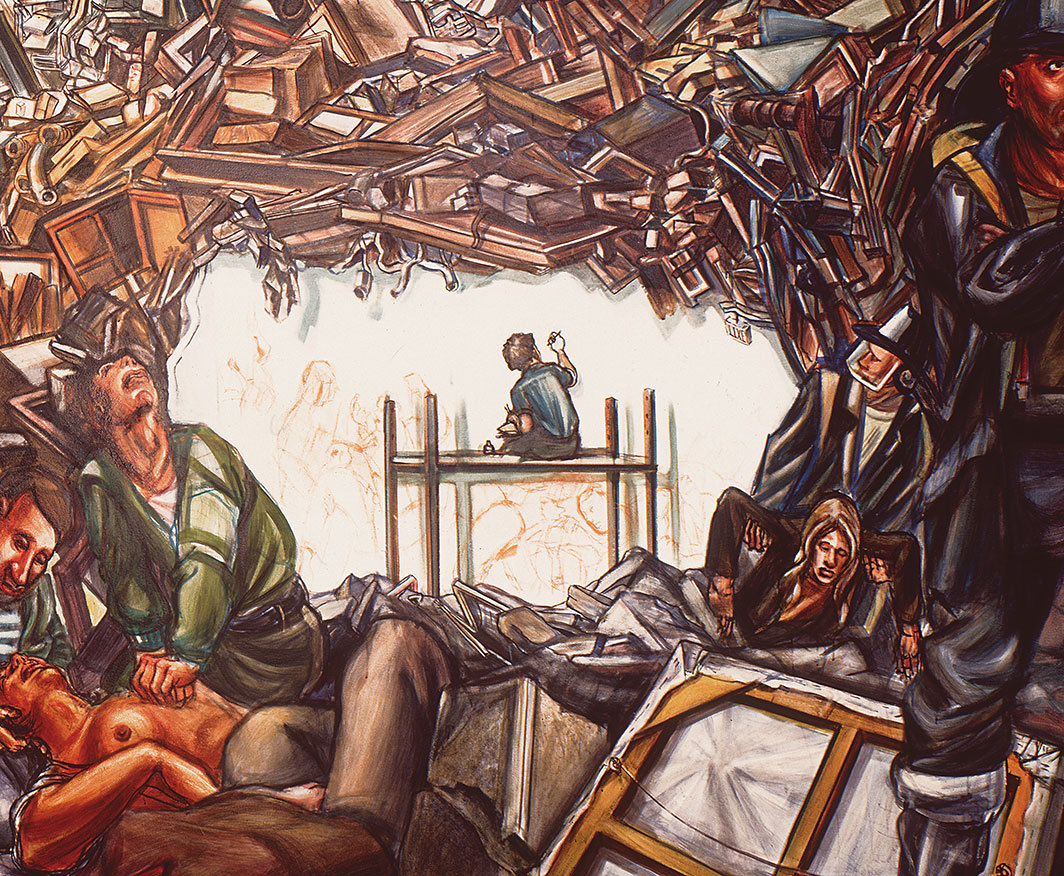 One morning in February, Nicole Eisenman introduces me to the enormous plaster guys in her studio. Guys is her word; she clarifies right away that she means it in a gender-neutral sense. The first one we look at sits sideways, legs crossed at the ankle, on the back of another who’s on all fours, head down, hands and knees planted resolutely to form a stable seat. The sitting guy’s big palms are outstretched in a beatific pose; they (singular) have a diamond-shaped thatch of wormlike hair growing from their flat chest, and nothing definitive at their crotch.

But the uneventful meeting place of the giant’s strong thighs, which are textured with vehement crosshatching, feels physiologically plausible somehow, not like the chaste placeholder of a Barbie or Ken.

Throughout her three decades of drawing, painting, and printmaking, Eisenman has patchworked a world from every possible art-historical mode of figuration, bending styles and techniques easily, and often comically, to her will. In her wildly varied body of work, a sensitively observed queer morphology surfaces. One spots hard faces with soft bodies and vice versa. Hairstyles, T-shirts, sneakers, costumes, and slouching silhouettes elude decisive categorization. In the past, Eisenman’s own sexuality and gender—nonchalant bearing have encouraged certain interpretations—ambiguous characters are read as lesbians—but who really knows how her figures identify? In our conversation, she freely anthropomorphizes her guys, as if to suggest that it’s up to them to decide.