Why Aaron Sorkin Left The West Wing After Season 4 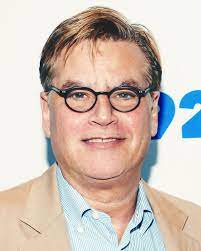 Aaron Sorkin (SHS 1979) parted ways with his political drama The West Wing in 2003 - here's why the fourth season of the show was the creator's last. After a spontaneous pitch during a meeting with producer John Wells in 1997, Sorkin's idea of a TV show centered on White House staff members became a possibility. The project was put on hold in light of the Clinton-Lewinsky scandal and concerns about an audience's ability to take a White House drama seriously, but NBC eventually gave it a green light, and the pilot episode of The West Wing premiered in 1999. Sorkin remained the show's principal writer and one of its executive producers until he left after season 4.