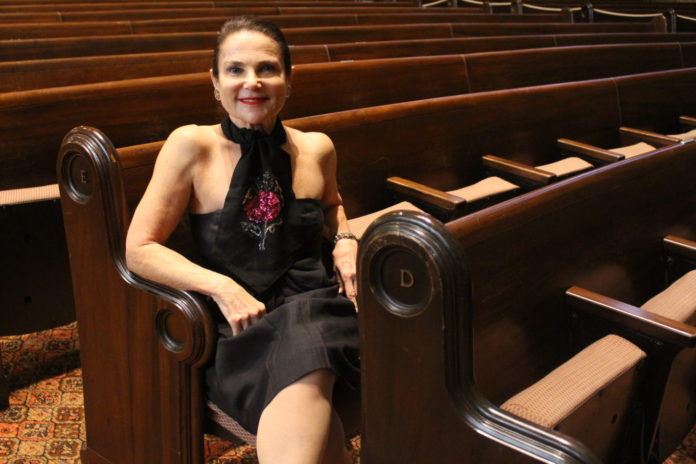 Tovah Feldshuh enters the sanctuary at Congregation Rodeph Shalom in a short, sleeveless black dress and almost immediately wants to know if her interview will be recorded.

That’s how she wants it.

“I’m sure I have certain traits that are like, ‘Jeez, what’s she like?’ when I get to that part where I start laying out my standards that mean so much to me,” Feldshuh explained during the Oct. 22 interview.

Later that day, Feldshuh accepted the Theodore Bikel Award for Excellence in Jewish Theatre at the Alliance for Jewish Theater conference, which was held in Philadelphia this year.

On Nov. 14, she will return to the City of Brotherly Love for a play reading of Dancing with Giants at Congregation Rodeph Shalom at 7 p.m. Dancing with Giants, a play written by her brother David Feldshuh, tells the story of an unusual friendship between Hitler’s favorite German boxer, an African-American boxing champion and a Jewish boxing manager.

The 65-year-old actress has performed in Broadway productions of Yentl, Pippin and Golda’s Balcony, where she played Golda Meir. She has been on the screen as well as on the stage, with parts as Deanna Monroe on The Walking Dead and Naomi Bunch on Crazy Ex-Girlfriend. On IMBD.com, Feldshuh has more than 100 credits.