The Films That Could Shake Up the Oscar Race 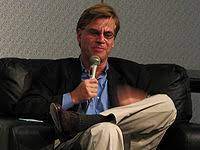 While the traditional fall festival circuits have produced a number of strong contenders for the next Academy Awards, there are more question marks than usual for this time of year. Part of this is due to the pandemic, which forced many high-end films to delay in 2020 and early 2021 as most theaters were closed for safety concerns, leading to a backlog of titles arriving in November and, most notably, in December.

Before we get there, where does the Academy Award race for Best Picture stand? Heading that list for now is “Belfast,” given that director/writer/producer Kenneth Branagh’s ode to his childhood that was disrupted by the “troubles” in Northern Ireland won the People’s Choice Award at this year’s Toronto International Film Festival. The nine previous winners of the prize have gone on to secure a spot on the list of titles competing for Oscar’s top prize