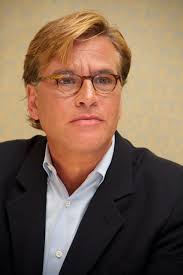 The expert Tucker chose was Aaron Sorkin (SHS 1979), the famed writer, director and producer who adapted Harper Lee’s To Kill a Mockingbird into a Tony Award-winning Broadway play. Tucker had met Sorkin more than two decades ago when she performed in a Syracuse University production of Sorkin’s A Few Good Men. The two renewed their acquaintance last year on Broadway when Tucker was a member of the “Mockingbird” ensemble cast and an understudy for the part of Calpurnia, the Finch family housekeeper.