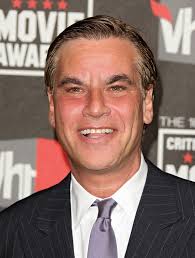 Academy-Award winning writer and renowned playwright Aaron Sorkin(SHS 1979) sits down with Stephen Colbert to talk about The Trial of the Chicago 7, Sorkin’s latest project which he wrote and directed.

Colbert, at the beginning of a wide-ranging conversation, says of Sorkin’s gift for dialogue: “You give the people who need to say the right thing, the right thing to say. And I wish you wrote my life sometimes.”

Sorkin made his Broadway playwriting debut at the age of 28 with A FEW GOOD MEN. He followed this success with screenplays for MALICE, THE AMERICAN PRESIDENT, CHARLIE WILSON’S WAR, and STEVE JOBS, which garnered him a Golden Globe Award for “Best Screenplay.”