LI's Tovah Feldshuh's memoir is a love letter to her mom 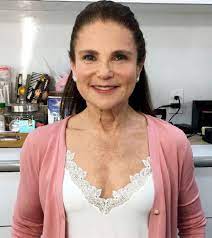 Tovah Feldshuh (SHS 1966) never intended to write her memoir. When the veteran actress was approached by a literary agent, she knew she didn't just want to just travel down the well-trodden road of celebrity sagas of touting career triumphs and detailing past romances.

Then it hit her: The only way to truly capture her story was to center it around the often complicated relationship she had with her mother, Lily, who died at 103 in 2014. And since so much of Feldshuh's life has been on a stage, her agent suggested framing it like a theater piece breaking down her life into three acts with scenes instead of chapters.