How To Gain Financial Freedom 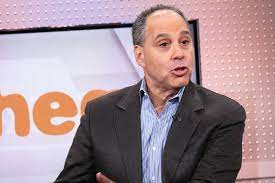 In Going From Broke, Dan Rosensweig and his co-host Tonya Rapley help debtors become CEOs of their own lives. Rosensweig commits his company to fulfill the mission of putting students first by helping them save time and be smarter with both their education as well as their finances. This season, the series follows six new cast members as they take part in a groundbreaking experiment. During the six-week remote production of Season 2 Crackle will bring viewers inside the cast’s transformation process by airing footage in real-time while engaging viewers across social media to have important conversations about the relatable and timely issues around debt. The “real-time” segments are currently airing on Crackle and social media until the season premiere on May 20th. Going From Broke puts a spotlight on a financial epidemic occurring during the COVID-19 pandemic that has put so many people in financial stress due to unemployment and mounting debt.