Here's How Much Aaron Sorkin Is Really Worth 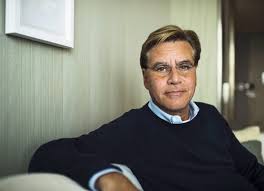 In terms of talent, screenwriter Aaron Sorkin (SHS 1979) is Hollywood royalty, and he's got both the awards and the bank account to prove it. For two decades, Sorkin's work has wowed audiences on television, the silver screen, and even Broadway. Historically, Sorkin's projects have high-caliber casts, and even higher-dollar budgets.

Screenwriting, however, wasn't actually his first passion. In fact, when Sorkin was younger, his goal was to be an actor. Like many who move to Manhattan to chase this dream, Sorkin struggled financially, but eventually found his way to screenwriting, and the rest is history. In 1992, Sorkin scored his first box office hit with "A Few Good Men," and since then, his writing genius has continued to reap him a massive following of die-hard fans, and millions of dollars in fiscal returns.

Despite Sorkin's plentiful cash flow, life in the spotlight hasn't always been perfect or easy. Even throughout some of his career's most lucrative years, the screenwriter has had his struggles. Is this a case of 'mo money mo problems'? Perhaps, but on the other hand, the talented — and especially the rich — tend to rise right back to the top. As for the Oscar and Emmy award-winning screenwriter's wealth today, read on to see how much Aaron Sorkin is really worth.