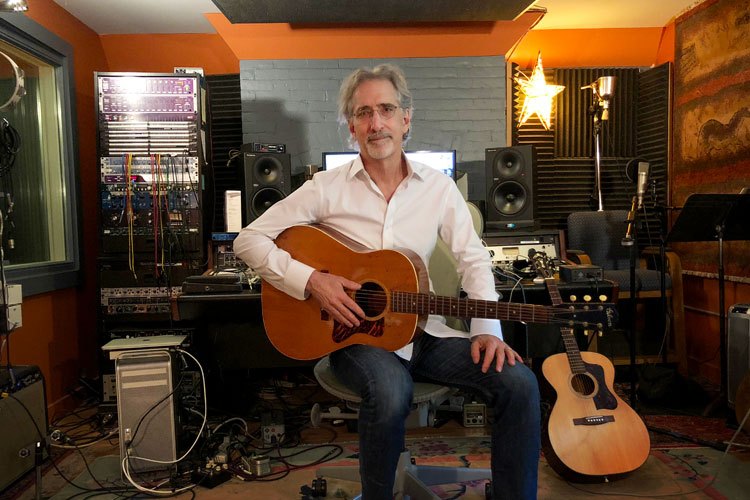 Like many Baby Boomers, guitarist, songwriter, and record producer John Leventhal (SHS 1960) reflects the musical influences he heard growing up. The Beatles, Doc Watson, Chet Atkins, Howlin’ Wolf, Curtis Mayfield, Clarence White, and many others color his playing and musical sensibilities. He’s a lifelong New Yorker, yet his guitar work has a rootsy sound and feel that seems to hark back to another place and time.

Leventhal has played in the studio with countless artists, written songs, and produced albums for his wife—Rosanne Cash—as well as Shawn Colvin, Joan Osborne, Rodney Crowell, soul singer William Bell, and many more, netting five Grammy Awards in the process.

He bought his first guitar—a Gibson J-50—during his senior year in high school. (It was stolen a year later.) He has since collected many vintage acoustics from Gibson, Martin, and Guild, in addition to classic electrics—including his trademark Fender Telecaster.

Leventhal’s production style these days is characterized by transparent textures and an economic use of carefully-crafted instrumental parts. In addition to guitar, he frequently lays down bass, drums, keyboards, and percussion tracks. Cash’s 2014 album The River & the Thread, which won three Grammys, is a showcase for Leventhal’s pristine playing and production style. The album was the fruit of a journey Cash and Leventhal took down Highway 61 from Memphis to New Orleans. Its songs capture a bit of the musical and cultural essence of America’s southland.

I caught up with Leventhal at his Manhattan studio just after he finished working on Cash’s latest, She Remembers Everything, and before he and Cash embarked on a summer tour of Europe.