Aaron Sorkin (SHS 1979) on Scott Rudin: “Scott Got What He Deserves” 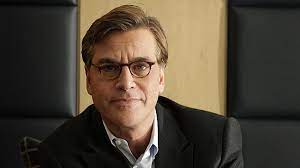 On October 5, more than 18 months after COVID-19 shut down Broadway, To Kill a Mockingbird will reopen at the Shubert Theatre. Aaron Sorkin’s hit adaptation of Harper Lee’s novel, now the highest-grossing American play in Broadway history, will return with original stars Jeff Daniels, as Atticus Finch, and Celia Keenan-Bolger, in her Tony-winning performance as Scout Finch. But according to Sorkin, the show will not be exactly like it was during its first run. The Oscar-winning scribe and director Bartlett Sher have spent several weeks in rehearsals making subtle changes to the play that better fit the current time and the societal reckoning brought on by the Black Lives Matter protests that occurred during a global pandemic.