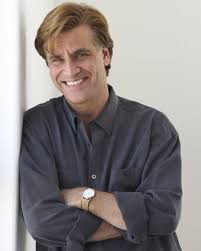 Aaron Sorkin (SHS 1979) was never able to get The Newsroom to where he wanted it to go, which happened for a number of reasons.

In a recent video interview with Vanity Fair in which he discussed his entire career, the Oscar-winning screenwriter dove into the issues he faced with the HBO series.

"I was never able to get it quite right," Sorkin began. "I always felt like I had a pebble in my shoe. I felt like I could write a good scene. I could put a couple of good scenes together." Sorkin compared the situation to a football team that can put together two good quarters of play, but not a full game's worth.