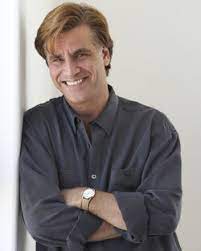 Aaron Sorkin (SHS 1979) put the kibosh on plans to film at the Chateau Marmont rather than cross a picket line manned by some of the 248 former employees who were laid off from the property last March, and violate a boycott enacted by those who allege that owner Andre Balazs and Chateau Marmont management allowed a toxic culture of sexual harassment and racism.

“We commend Aaron Sorkin for putting into practice the ideals of free speech and social justice that he depicted so brilliantly in his Oscar-nominated film The Trial of the Chicago 7,”  UNITE HERE Local 11 co-president Kurt Petersen told The Hollywood Reporter, “This is the kind of leadership we need in Hollywood, and we urge everyone else in the industry to follow his lead and honor the boycott of the Chateau Marmont. We also thank members of SAG-AFTRA, Teamsters, Directors Guild, and IATSE for their solidarity.”