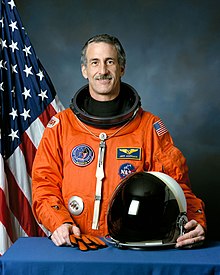 What gives space such a permanent hold on the American psyche? And what does it mean to have visited an environment so alien and awe-inspiring, knowing you will never return? As PBS celebrates the Summer of Space and the 50th anniversary of the moon landing, WGBH brings you a short documentary featuring Jeff Hoffman, an astronaut and MIT professor, who has made five space flights including the first mission to repair the Hubble Telescope.