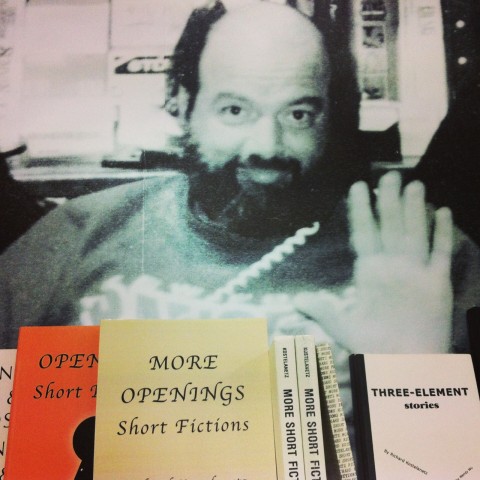 The renowned publication, Artribune, of Italy conducted an interview with poet, writer, American avant-garde artist, critic and curator Richard Kostelanetz (SHS ´58), highlighting his latest project entitled ¨More Wordship¨ and exploring what drove its conception, as well as detailing other parts of Kostelanetz´s background: where he came from, his jump across the Atlantic to Europe and his future plans.   Readers beware: the article is in Italian, thus best-suited for the literary not-faint-of-heart and those with Google Translate on hand.

More about the previous works of Richard Kostelanetz: He came onto the literary scene with essays in quarterlies such as Partisan Review and The Hudson Review, then profiles of older artists, musicians and writers for The New York Times Magazine; these profiles were collected in Master Minds" (1969)'.

Not one to shy away from controversy, he turned on his literary elders with The End of Intelligent Writing: Literary Politics in America (1974). SoHo: The Rise and Fall of an Artists' Colony(2003) evinces not the Latest but the Last. In 1967, he signed the “Writers and Editors War Tax Protest,” vowing to refuse to pay taxes raised to fund the Vietnam War.[1]

A political anarchist-libertarian, he authored Political Essays (1999) and Toward Secession: More Political Essays (2008) and has since 1987 been a contributing editor for Liberty Magazine. in 1973 he was one of the signers of the Humanist Manifesto II.

Richard´s books can be found both on the Scarsdale Alumni Bookshelf, as well as on Amazon (in book and kindle version).