Zachary Harrison serves as Managing Director for Compass. In 2006, he co-founded Platinum Drive Realty and grew the company from two agents in one office to over 110 agents and 5 offices serving Westchester County and Connecticut. The company was honored in Inc. Magazine as one of the fastest growing private companies in America for four straight years. Platinum Drive was acquired by Compass in 2018.

In 2015, 2016, and 2017, Zach was recognized along with his colleagues in the REAL Trends/Wall Street Journal “Top Thousand” as one of the Top Real Estate Teams in the United States and the #1 Real Estate Team by sales volume in Westchester County. He has successfully closed over 1,000 transactional matters during the course of his career in management and sales, and ensures his agents handle all matters promptly and professionally, with the utmost care and discretion.

Prior to his career in real estate, Zach worked in New York City in the investment banking division of one of the world’s largest banks, and as an attorney for an international law firm, where he handled substantial transactional matters, including the sale and financing of real estate and other assets. Zach also successfully litigated various complex commercial disputes on behalf of major clients in state and federal courts in New York and throughout the United States. Zach grew up in Westchester and is a graduate of Scarsdale High School, the University of Pennsylvania Fels School of Government, and Fordham Law School.

Zach believes in giving back to the community. He serves as President of the Scarsdale Alumni Association and is involved in various philanthropic causes.

While the caption placed under Eric Rothschild’s name in the 1954 Bandersnatch yearbook no doubt ably captured his high school accomplishments, the Bandy editors could not possibly have known how perfectly their moniker for him, Wonder Boy, would serve to capture the breadth and range of his many achievements in the years to come.

After completing undergraduate work at Harvard and earning a graduate degree from Boston University, Eric began his teaching career at nearby Woodlands High School before coming to Scarsdale High School in 1964. Eric taught in the Social Studies Department and served as its chair from 1973 until 1998.

Throughout his career as a high school teacher and a renowned teacher of teachers, Eric perfected the art of having students “do history,” making history come alive as he bounced around the room, questioning, encouraging, even occasionally singing (off-key), and along the way inspiring generations of nascent historians and teachers. Eric championed the use of simulations as a teaching tool, developing games ranging from the Constitutional Convention, the Women’s Hall of Fame, Lincoln’s Campaign Manager, and the Impeachment of Andrew Johnson to the murder mystery “Who Killed Teddy Roosevelt” and much, much more. Students in Eric’s classes were true historians, becoming expert at the use of microfiche and microfilm as they pored over countless primary documents to unlock the secrets of the past.

Eric’s great gift to the teaching profession has been to share this expertise broadly, as he’s traveled across the country and internationally to lead workshops on the teaching of history. He has published numerous articles and presented many papers on innovative teaching practices for organizations and journals ranging from the American Historical Association, the College Board and the Organization of American Historians to The New York Times and The History Channel. He has co-authored several texts supporting enhanced history instruction, including The Chicago Handbook for Teachers and Teaching Advanced Placement U. S. History. His education accomplishments have been recognized by numerous organizations including the College Board, the Organization of American Historians, Harvard and Cornell Universities and New York State Council of Social Studies.

Beyond these many professional accomplishments, Eric has somehow found the time to play an active role in Scarsdale community organizations, serving on numerous boards and committees. His exceptional contribution to the life of the community was recognized in 2007 with his selection as the recipient of the prestigious Scarsdale Bowl Award.

Bhavit Patel is a Vice President on the Short-Term Fixed Income sales team within JPMorgan Asset Management, New York. At JPMorgan, Bhavit's responsibilities include the marketing and distribution of a suite of domestic and international fixed income products. Bhavit conducts business directly with financial institutions and through intermediary platforms. His team of seven individuals currently manages over $70 billion in Assets. In addition to these responsibilities, Bhavit actively speaks at investment forums across the country with his employer.

Mr. Patel attended Emory University where he majored in Finance and minored in Voice. During his time at Emory, he was a member of the Alpha Tau Omega fraternity, and was the President of No Strings Attached, Emory’s all male a cappella group. His combination of business savvy and voice allowed for his group to turn the largest profit in the group’s history and perform for various local sports teams including the Falcons, Hawks, Thrashers and Braves. Patel’s crowning moment involved his group’s performance on 9/11/02, on which date the Braves faced his beloved Mets. He also has performed for Presidents Clinton and Carter.

He is an active member of the community, serving as Vice President of Scarsdale Alumni Association since 2007, in addition to participating in JPMorgan’s recruitment process at his alma mater. Patel also volunteers with New York Cares, participating in several projects within the five boroughs. He continues to train in voice, though he is now more active in operatic training.

Bhavit currently resides in Manhattan with his wife, Harsha, while his family maintains its residence in Quaker Ridge. 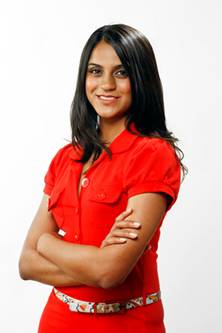 Sanskruti Mehta is the founder and owner of Copperpebble LLC, an on-line luxury goods retailer based in New York. Sanskruti comes from a long lineage of diamond-traders and business professionals.

She started out her career in the fashion and luxury goods industry working at Donna Karan International in the Strategy and Planning division. Ms. Mehta later moved to Dolce & Gabbana’s Finance division. She completed a short-stint at Diane von Furstenberg, and later moved to work within the Swiss Watch Luxury sector for a private luxury goods investment company. Sanskruti has also consulted for and partnered with diamond jewelry wholesalers for various business needs in the past.

Mehta earned her Bachelor of Science degree in Business Administration from Babson College in Massachusetts, and her Graduate Gemologist and Accredited Jewelry Professional Degrees from the Gemological Institute of America in New York.

Michael Epstein '72
Michael was born in New York City in 1954. After attending Scarsdale High School and Manhattanville College, he became the youngest Jaguar dealer in the country at nineteen, following his passion for automobiles and Michael is still an avid car collector. Michael’s family has been in the men’s clothing business for many generations. His father, Danal, is now primarily in fund raising and philanthropy.

Michael founded System 800 International in 1986, which went on to become the largest reseller of 800 phone line service in the United States, and pioneered touch tone technology for credit card processing. After going public in 1988, Michael with his business partner Michael Avatar, merged with Independent Entertainment Group, and produced pay per view events for cable, as well as continuing their telephone business and pioneering video messaging.

After Indenet, renamed shortly before it's acquisition in 1992, Michael did independent consulting for numerous internet start ups, including Cyberguy.Com and IncredibleArt.Com, serving on the board of directors.

Michael, and his partner, Scott E. Schwimer, an entertainment attorney, who represents many celebrated authors and newscasters, have been collecting photography for over twenty five years. They have, possibly, the largest glamour photography archives in the world, and are the publisher’s of George Hurrell’s work, as well as Mel Roberts & Harry Langdon’s photos. They endeavor to keep the images alive through the gorgeous printing of Mark Vieira, Garbo, Hurrell’s & Thalberg’s biographer and master printer. Michael has been an active fund raiser for numerous charities including the Trevor Project and the LA Gay & Lesbian Center, which he served on the board of for seven years. He continues to be passionate about travel, his dog Triple, Scott (even after 26 years) and his son, Nelson.

Through partnerships with over 50 Fortune 500 Corporations and 25 International Law firms, AOTArt's    cultural art exhibitions reach over 400,000 professionals across the U.S.

Alejandro has been featured in Univision’s “Despierta America”, RCN International and NY1 for  recognition of AOTArt’s success in raising cultural awareness through the arts.

Most recently, Alejandro and Astrid, his mother and business partner, returned back from Bangkok,  Thailand where they are preparing to film an episode of their reality TV series, "The Amaya ArtVentures"; a series that captures the mother and son duo as they travel across the globe to discover emerging artists with empowering life stories.

Julian Stein '03
Julian was born in Paris, France and is currently Head of Business Development at Incline Global  Management, LLC, a global long/short equity strategy. Prior, Julian worked at Perella Weinberg  Partners and Bank of America Capital Introduction. He obtained his B.A. in Economics from New  York  University and is a CAIA Charter Holder. Julian is the Founder and President of the PSG  Supporters Club  in NYC and has volunteered with iMentor since 2009.

Julian joined the SAA Board in the Summer of 2012 and currently resides in New York City.