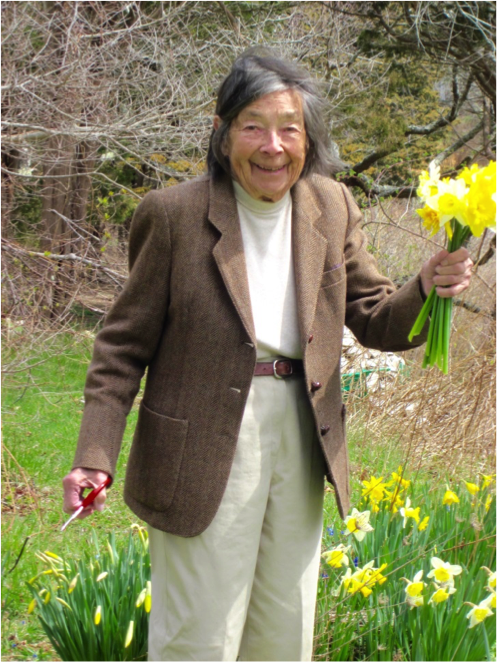 Anne L. Donaldson loved family, friends and nature and turned respect for the environment into a life's work. She raised 5 boys, maintaining extended family ties over generation, opened her doors to guests and took a leading role in the public acquisition of open space on Cape Cod. Anne died August 11 at home surrounded by family, including her four surviving sons. She was 91.

Born April 22, 1925, in Scarsdale, NY, Anne Luise Link, the youngest of three children, was very close to her brothers Bob and Jim. Parents were the eminent psychologist Dr. Henry C. Link, a pioneer in the field of industrial psychology and a best-selling author, and her mother Carolyn Wilson Link, a widely published poet.

After graduating from Scarsdale High School and Vassar College, Anne worked in New York City as a secretary in the office of the president of General Mills, on Park Avenue. In 1952, she married David C. Donaldson, an IBM Salesmen from Wyoming. They had five boys, each two years apart, David, Jr., Henry, Robert, William and Alec, who died in 1994.

Raised in a family culture of creative accomplishment, Anne painted watercolors, sang acapella, close harmony, and played the piano. She loved tennis, paddle tennis and ping pong, and was devoted to her home and garden. Throughout, she instilled in her sons, their families, nieces, nephews and many friends her passions for nature and sport. On clear nights, she would sometimes waken the family to see a magnificent full moon or starry Milky Way. When they were just old enough she took her boys camping hut to hut in the Presidential Range of the White Mountains. Later in life as roles reversed in her 70s she eagerly participated when they took her on wonderful canoe and camping trips in the Adirondack Mountains, the Allagash River, and the Minnesota Boundary Waters. She and husband David always kept a full house. There was always enough room. They each continued to encourage and enjoy friends and family and visitors at their Orleans home up to the end.

With her passing, she leaves a 40-year legacy, a life’s work of environmental protection and open space acquisition for preservation and recreation.

Mrs. Donaldson's environmental legacy began in 1965, when she joined the Federated Conservationists of Westchester County (FCWC), a landmark organization that spearheaded the cause of environmental education and preservation. Among the works credited to the group are the clean-up of the Hudson River. She served as president and then executive director in the 1970s, when the FCWC advocated successfully for local and county recycling; caused the closing of the Croton Point landfill; passed the state law that established Conservation Advisory Councils; focused attention on the storage of nuclear waste and the Indian Point Nuclear Power Plant's evacuation policies; and strengthened wetland protection and water quality laws.

Frustrated by her status as a layman in the playing field of environmental law, at the age of 51 she enrolled in Pace University Law School and earned her law degree in 1980, and continued the fight with new credentials.

By then, the Donaldsons were spending more time on Cape Cod, where Anne's family had vacationed since the 1940s. Anne recalls “I was still at Vassar when my parents went to the Cape for a weekend and they came home and told us, 'We bought a house on Cape Cod.' Just like that!" The house on West Road in Orleans had been moved there at the end of its service as an Eastham schoolhouse.

In the late 1950s, Anne and David followed suit and bought property on Snow Point with a view of Town Cove, Fort Hill, Coast Guard Light and the ocean beyond. David carried her around the property on his shoulders until they agreed on the view lines and sighting for their small Cape style house.

"I don't know how I got so lucky,” Anne never tired of saying while appreciating her views and lookouts inside and out, often from the bench her boys made overlooking Town Cove. "I thought I'd died and gone to heaven.”  She never took for granted the natural beauty that surrounded her, often noting that the incredible vistas were a gift from the efforts of like-minded conservationists who, in 1961, created the Cape Cod National Seashore. The Seashore Act encompasses 44,000 acres of Outer Cape seashore, and saved among other things Fort Hill, which was at the time under development. 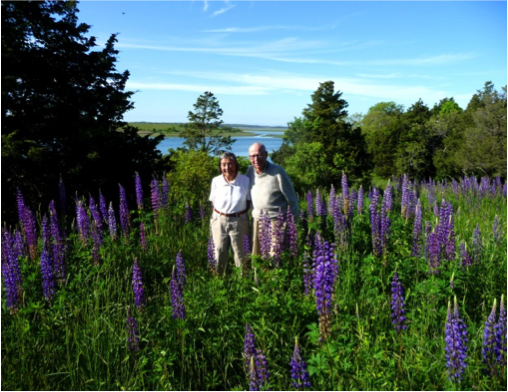 In 1983, they retired from Scarsdale to Orleans, and rebuilt the cottage into a year round home. "Blue sky! Blue water! Blue carpet! Blue glass! I’m a Genius!" she would say looking out from her dining room table. She loved wild flowers, and sharing her garden of bold primary colors. She occasionally invited friends and associates to her Orleans home to paint the Lupine field with Fort Hill and Nauset Marsh in the background. One of those paintings, by local artist Rose Nadeau, appeared on the Town of Orleans handbook one year.

In retirement, Anne re-dedicated her life to Orleans conservation, spearheading a movement with other like-minded preservationists to acquire open space and to drive environmental action on wetlands protection and invasive species mitigation.

In later years, she loved to walk with family and friends around some of the same properties she helped save, oblivious though she was now to her former role (since dementia had set in and robbed her of the memory), but proud just the same of her community for having the foresight to save these lands for all to use and appreciate. 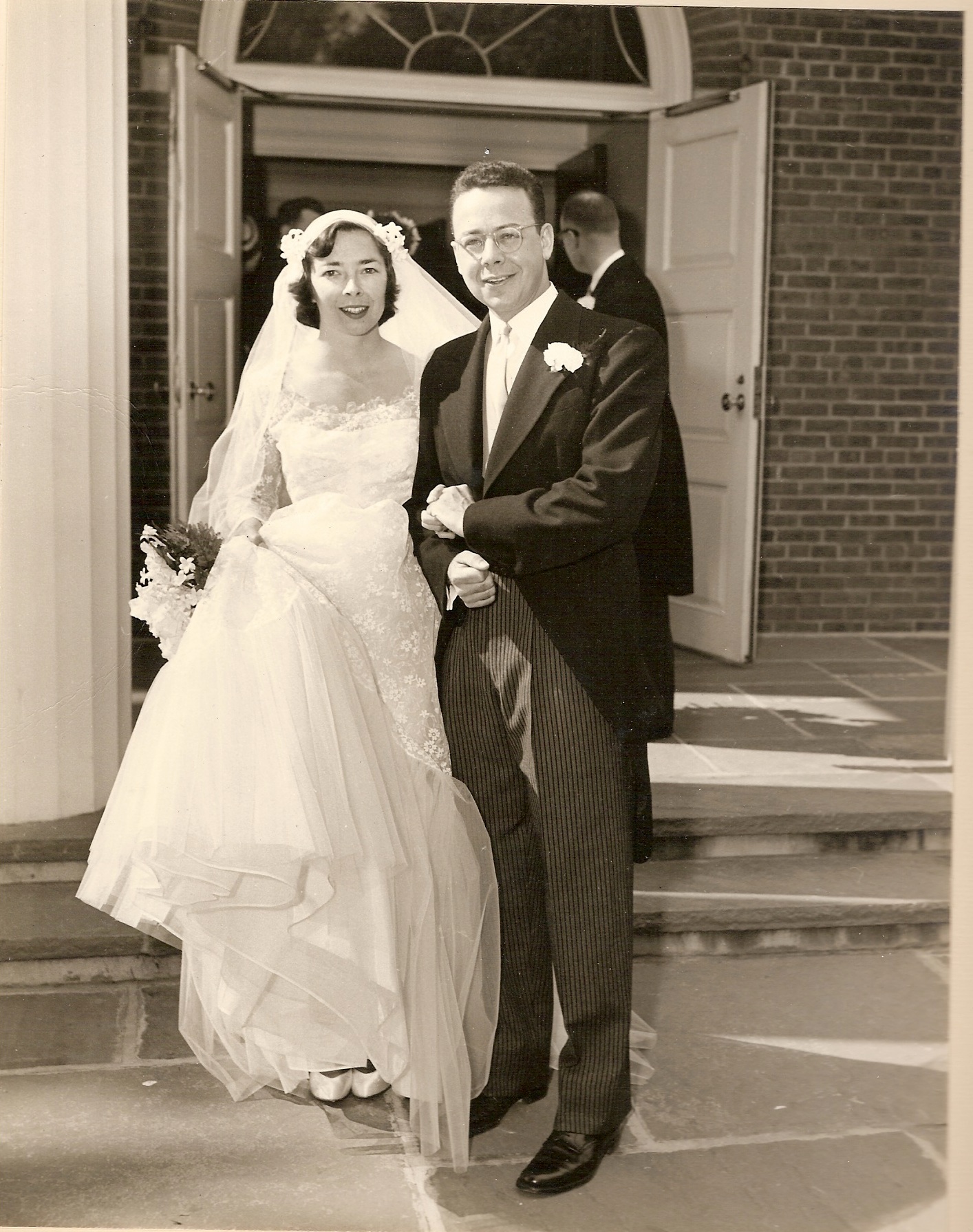 Interment (family and close friends) will take place Saturday, October 15, 2016, at 10am, at the Orleans Cemetery. A memorial service / celebration of Anne’s life will be held at 11:30am at the Orleans United Methodist Church, 73 Main St, Orleans, MA 02653, 508-255-0622, followed by a lunch reception at the church.  Parking nearby at Snow Library, Nauset Regional Middle School, and the Post Office Square.  Please let us know if you would like to share a remembrance, reading, or other during the service or reception.

In lieu of flowers, Please consider donating to: