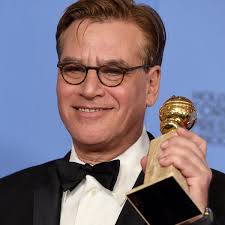 Netflix has acquired the multimillion-dollar worldwide rights to “The Trial of the Chicago 7,” the latest film from writer and director Aaron Sorkin (SHS1979) based on the true story of a protest at the 1968 Democratic National Convention.

Paramount was previously the distributor on the film and was meant to release it theatrically in September before the coronavirus pandemic hit. Netflix now plans to release the film globally later this year after acquiring it for about $56 million, according to Deadline.