‘Being The Ricardos’: Read The Screenplay For Aaron Sorkin’s Snapshot Of Lucille Ball-Desi Arnaz Love Story 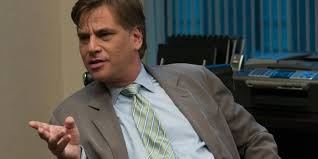 I Love Lucy was just about the most famous show in the history of television, but the dramatic behind-the-scenes story stayed off screen, until now. Amazon Studios’ Being the Ricardos incorporates several of the true stories of Lucille Ball (Nicole Kidman), Desi Arnaz (Javier Bardem) and their staff. Only writer-director Aaron Sorkin sets them all in one week.

In Season 2 of I Love Lucy, Ball gets two pieces of troubling news on a Monday: A magazine reports that Arnaz has been seen around town with another woman, and Walter Winchell discovers that Ball had once applied to be a member of the Communist party, sharing that news with his audience.