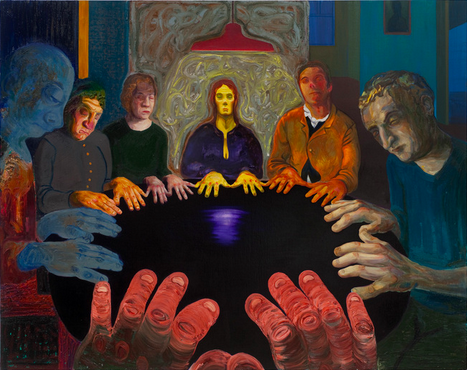 Holland Cotter writes in the Art & Design section of the New York Times on September 25th that artist Nicole Eisenman´s ¨Dear Nemisis, Nicole Eisenman 1993-2013¨ is ¨a spicy and tightly edited midcareer survey of one of the most interesting New York artists to come out of the 1990s.¨ Cotter goes on to set the scene of art and culture in the late 1980´s and early 1990´s, weaving in the narrative of Eisenman´s life and career - he also writes in great detail about several pieces in the collection:   ¨In a 2006 painting, “Mountain Man,” the face is slathered on, the nose a thick dollop of squeezed-from-the-tube red pigment. The features look oddly edible, as if they were meat and candy and already being nibbled away at. A 2011 picture called “The Stranger” is different in every way. The face is painted a solid, textureless black, the features defined by patterns of fine drawn or incised white lines. The image is as crisp as a Luba mask or a Japanese woodcut.¨